On Thursday, September 20th, several of the finest singers from Philadelphia and New York City graced the stage at L’Etage for “Heart & Music,” a musical cabaret benefiting Special Olympics PA – Philadelphia (SOPA Philly). This production was organized by Young Professionals Committee member Allie Steele and produced by Nightcap Cabaret. The evening included songs from various musical theatre and pop music backgrounds. Every performance reflected on the theme of “Joy, Inclusion, and Overcoming Obstacles.” The goal of the evening was to raise money for SOPA Philly but to also raise awareness of the similarities between music and sports, and their ability to unify their participants.

In addition to the performers’ incredible voices, each performer shared their own stories of feeling marginalized, excluded, or challenged, and how music or theatre helped them the way that Special Olympics helps its athletes. Each song specifically showcased a different aspect of the theme and helped to bring a new awareness of our shared humanity to the audience.

The performers for “Heart & Music” included Sarah DeNight, Peter Lam, Kat Lemon, Chris Smith, Allie Steele, and Tavon Whitener, accompanied on the piano by Wesley Stohler. The evening’s ticket sales and donations totaled over $800, and the recording of the event can be found on YouTube at the following link: “Heart & Music” Cabaret Recording. Thank you to all who contributed to this magical evening! 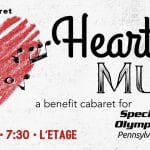 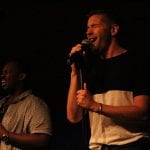 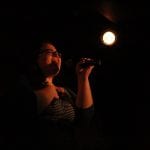 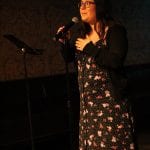 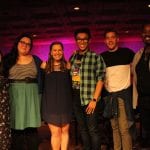 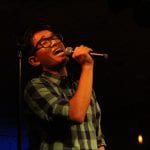 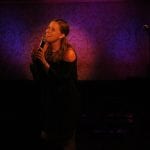 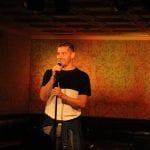 On Friday, September 7th, the Young Professionals Committee hosted an event to get Jumpin back into the Fall Season. Young Professionals, athletes, and family and friends met at SkyZone Philadelphia for a night of fun to get the school year and fall sports season started. Everyone enjoyed an hour of jumping on the trampolines, playing dodgeball, and trying out the Ninja Warrior course. After jumping around, everyone took a breather while hanging out in the party room to enjoy some hot pizza and refreshing drinks.

Thank you to everyone who came out and we’ll see you at our next social! 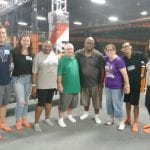 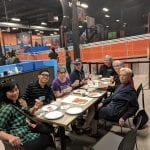 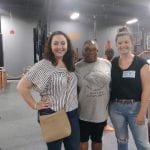 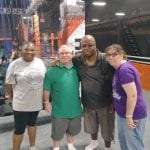 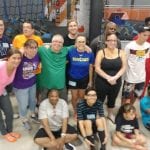 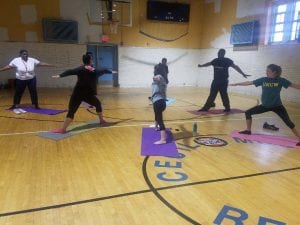 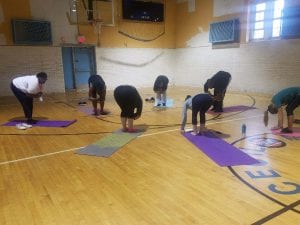 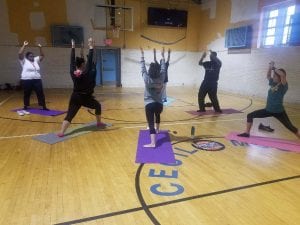 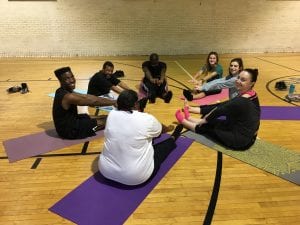 Rounding out the evening was a series of raffles including a gift bag complete with Special Olympics swag, a gift certificate donated by The Plough and the Stars, and an Amazon gift card donated by TMNA Services, LLC! Our three lucky winners were Emily, Lisa, and Paige – congratulations, ladies! The event was a resounding success with the room abuzz with conversation and connections. The Young Professionals Committee and Philadelphia Special Olympics has a lot of momentum heading into the fall and winter seasons and look forward to continued success! 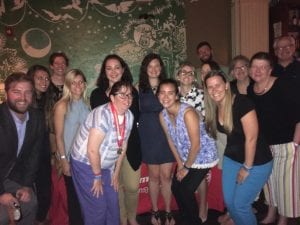 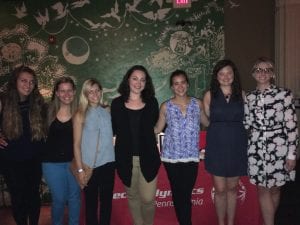 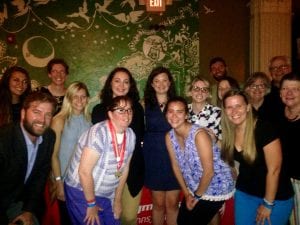 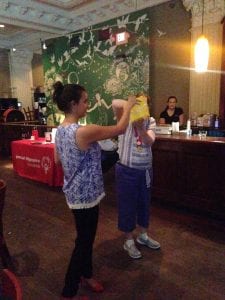 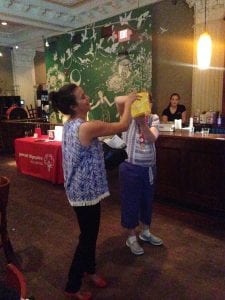 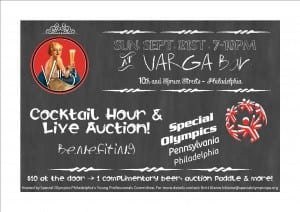 SOPA Philly’s Young Professionals Committee will host their 2nd Annual YPC Fundraiser for SOPA Philly. They will host a Live Auction and Fundraising event for Special Olympics Philadelphia in partnership with Varga Bar! Admission will be $10 for which you receive one beer, one raffle ticket for our door prizes and an auction paddle to participate in the bidding for some of our larger items. Be sure to come out and support our Young Professionals Committee and all the work they do to help support our program!

Funds raised will benefit the nearly 2,000 athletes in the Philadelphia area, as well as help welcome new athletes to the cause. The ultimate goal of Special Olympics is to use stories of athletes’ achievements, skills and challenges to educate, engage and ultimately change attitudes toward this population of individuals in Philly and around the world and your contributions help to further this cause.

Sneak peak of some of the items up for bid: