On Sunday, August 27, Special Olympics PA – Philadelphia’s Young Professionals Committee (YPC) hosted athletes and their families for a day at the ballpark during the Phillies vs. Cubs Social. At the tailgate before the game, attendees enjoyed some hoagies, snacks, and drinks as they got to know each other. Next, the group headed into the stadium to watch the Phillies beat the Cubs. Everyone agreed that our group must have been the good luck charm to help the Phillies beat the reigning World Series Champs! Tons of high-fives were exchanged throughout the game, especially when big-hitting rookie Rhys Hoskins scored a home run in his fifth game in a row. The athletes who attended the event participate in a wide range of sports in the Philadelphia program, including soccer, basketball, bocce, bowling, and athletics.

The Young Professionals Committee is a group of young adults who live and work in the Philadelphia area that organizes fundraising, volunteer, and social activities to support and engage with Special Olympics PA – Philadelphia athletes. Many new friendships were formed at this event and all are eager to get together again soon! Upcoming YPC events include a Happy Hour on Tuesday, September 26 and “crashing” bowling practice in January 2018. Learn more about YPC here. 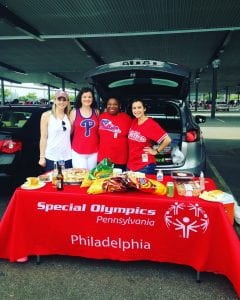 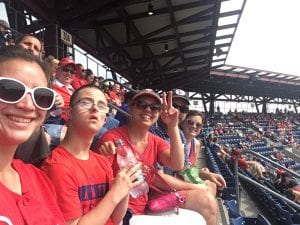 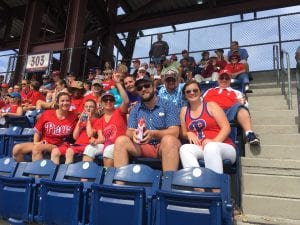 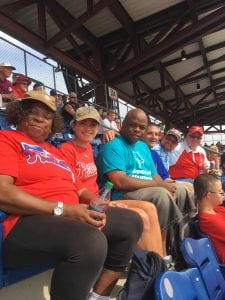