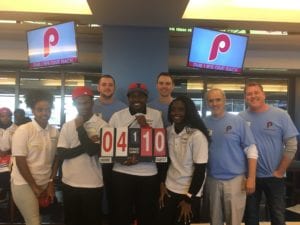 Unified bocce teams are comprised of four individuals with an intellectual disability (athlete) and four individuals without an intellectual disability (partner). For this event, two athletes and two partners from each team joined four members of the Philadelphia Phillies front office. Teams were given colors to represent them in bracket play. As the teams found each other and introduced themselves, they created a team handshake and a team name. Then teams created posters with their team names to cheer everyone on during gameplay. This was in addition to the posters the front-staff already made for our athletes and partners that were customized for each one.

The teams headed to their courts and split up (a pair of athlete and partner along with a pair of the front-office staff) and took to each end of a court to prepare to start. As the games began, there was excitement in the air as teams bonded over great rolls, strategy “meetings” and general conversation. After two rounds of elimination games, it was time for the Championship game. Parkway West’s Yellow Team and Northeast’s White Team advanced from the bracket rounds. Everyone gathered around to watch them go face-to-face. During the game, there were intense rolls with both teams scoring throughout the game. In the end, Parkway West’s Yellow Team emerged as the winners of the day. Team members on the winning team included Philadelphia Phillies General Manager, Matt Klentak, Phillies announcer Gregg Murphy, Justin Chasmar, and John Brazer; from Parkway West High School, Tymire Mathews, Gregory Mezidor, Esate Tafesse, and Shadaya west.

At the end of competition, our unified bocce teams were treated to lunch and a tour of Citizen’s Bank park where they saw the batting cages that the players use before the game, and the locker room, which was prepped for the team to head to Florida for Spring Training.

Thanks for a great day, Phillies! We can’t wait for baseball season to start! 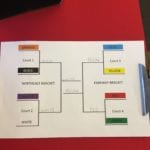 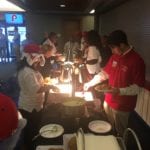 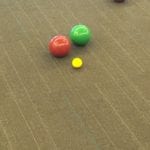 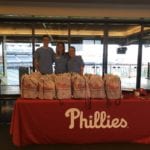 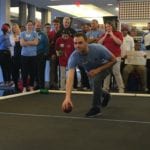 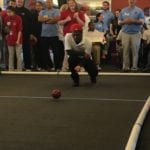 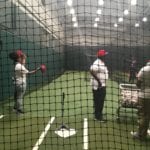 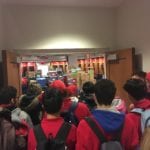