The bocce season was brought to a close on Thursday, January 24, 2019, at George Washington High School during the 2019 UCS Philly Bocce Championship. The day kicked off with opening remarks from emcee’s D’Angelo, Joseph, and American sports host, anchor, and reporter for NBC Sports Philadelphia, Michael Barkann. To start off, the opening ceremony began with Michael Barkann introducing each of the schools competing in the championship while a parade of athletes had entered the gymnasium. After the athletes had exited the stage, members from the George Washington High School Band had played the National Anthem. Next, Executive Director of the Division of Athletics for the School District of Philadelphia, Jimmy Lynch gave a few remarks, followed by remarks from Special Olympics Pennsylvania President and CEO, Matthew Aaron. Once they had finished speaking, athlete and partner, Aaron Wilson and Laura Contreras, had led the athletes and partners in the athlete oath. George Washington High School Coach, Kathy Paul, led the coaches in the Coaches’ Oath.

Succeeding the oaths, Officer Joseph Staszak from the Philadelphia Police Department 7th District escorted Marc Rentas and Brian Santiago from Kensington Health Sciences Academy as they brought the Flame of Hope to the front of the stage. Lastly, Michael Barkann took the stage to officially open up the 2019 Unified Bocce City Championship! Once the games were officially open, each team took to the courts and played their best in each game of bocce. 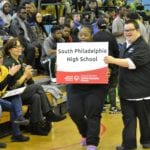 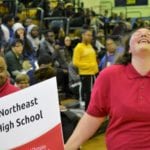 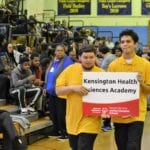 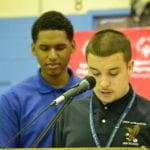 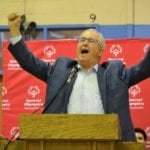 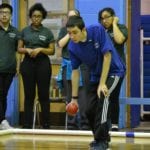 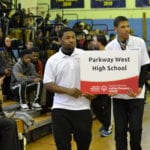 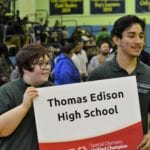 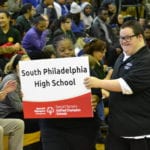