On Saturday, August 5, 2017, two Unified Teams took on a quest of venturing around Philadelphia before going head to head in a Unified Soccer Match. A unified team from Abraham Lincoln High School represented Philadelphia Union while a group from Special Olympics Texas came down to represent FC Dallas. At the end of the day, it was a Unified Philadelphia Union Takes Home 4th Straight Gold!

The day started with a double-decker bus tour around Philadelphia. Our athletes and partners, as well as our Texas guests, got to see South Philadelphia, Old City, and Center City as a tour guide pointed out various points of interest and history. After the tour, each group got to rest and relax before heading over to the Talen Energy Stadium where the evening games were planned. Our Unified group headed over to Talen Energy Stadium to soak in the pre-match fun at the Toyota Plaza where they walked around and competed against each other in an inflatable obstacle course. Both teams rejoined for a picnic dinner before heading into the stadium to watch the first-team game. After an exciting game, ending in a 3-0 Victory for Philadelphia Union, the Unified Philadelphia Union had high spirits that their game would end in the same fashion.

Half time brought a quick pep-talk from Coach Michael Turchi and surprise pep-talk from Philadelphia Union Head Coach Jim Curtain. Curtain had been watching the first half and wanted to let the team know that they had been playing great and to keep it up to secure another win for Philadelphia Union that evening. The pep-talk must have hit home, because, within the first two minutes, Brandon Velez-Roa scored, making the score 5-3. Determined to catch up, the Unified FC Dallas came back and scored another goal, the new score was 5-4 Philadelphia. The second half saw both teams battle it out to. Texas had the goal of tying it up again and Philadelphia had the goal of winning. In the end, Philadelphia came out on top with Sam Desir scoring the last goal of the game, closing it out with a final score of 6 Unified Philadelphia Union – 4 Unified FC Dallas. Both teams were awarded medals based on finish by their host MLS Soccer Team coach, Jim Curtain and FC Dallas Head Coach, Óscar Pareja.

Our team thought the night was over, but the Sons of Ben (who also celebrated their 10th anniversary that evening), had one last surprise for our team. They made a Play Unified Banner with each plauyer’s number on it. Our athletes and partners got to sign one that would remain at Talen Energy Stadium and got to take another home to hang up in their gym. After a long-exciting day, it was time to go home and get a good night’s rest.

Thank you to the wonderful partnership between ESPN, MLS Works, and Special Olympics for making events like this happen. We would also like to thank Philadelphia Union and the Sons of Ben for being such gracious hosts to us the entire day and giving us an experience we will never forget.

Some of our Favorite Photos

Click here for all of our photos from the day! 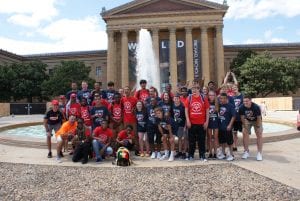 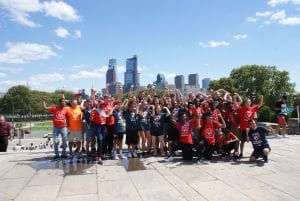 With Philadelphia as backdrop, SOPA Philly and SOTX pose one last time before seeing Rocky. 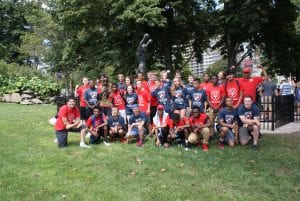 It’s not a trip to the Philadelphia Museum of Art without a photo with Rocky! 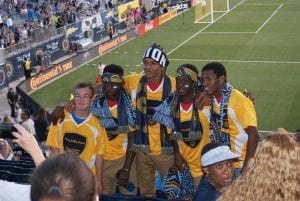 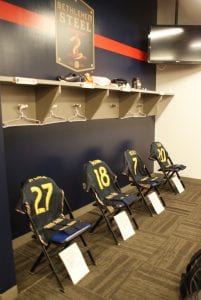 The locker room, all set for the game including contracts signed from Media Day! 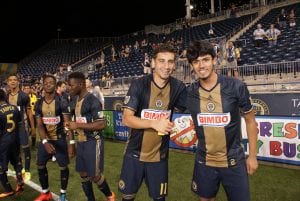 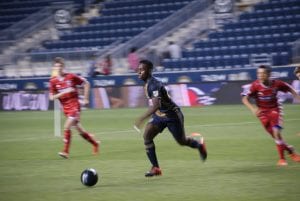 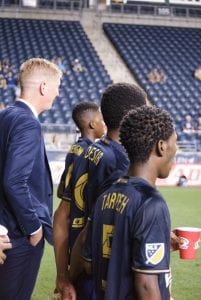 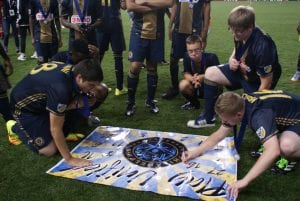 Partners and Athletes take turn signing their name next to their number! 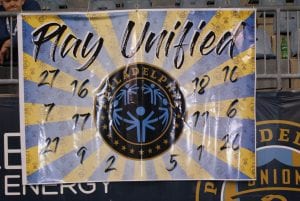 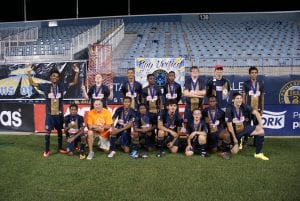 One last group photo to end a perfect night!