Media Day with the Philadelphia Union

On Thursday, June 29th, Abraham Lincoln High School‘s Unified Soccer team was invited to a Media Day with the Philadelphia Union in preparation for their Unified Exchange game on Saturday, August 5th against FC Dallas. In an ever-growing partnership with ESPN and MLS Works, Special Olympics participates in a Unified Exchange program which provides opportunities for Unified soccer teams to participate in a 1st Team MLS experience.  Unified soccer teams, comprised of players with and without intellectual disabilities, travel from their home city to other MLS markets to compete in exhibition matches with their Special Olympic counterparts. In Philadelphia, our Unified Team becomes the Unified Philadelphia Union!  Unified matches are scheduled in conjunction with MLS club matches, providing MLS fans with an opportunity to witness first-hand the talents and abilities of Special Olympics athletes and unified partners. 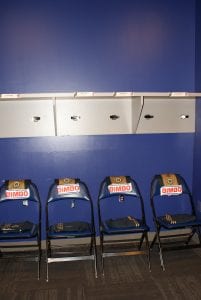 The day did not end there! After getting official letters and jerseys, it was time to pose for official Philadelphia Union headshots and moving headshots in their new uniforms to be broadcast on the big screen on August 5th against FC Dallas’ United team.  As if they could not be any more excited, the Lincoln team got to watch the first team practice – they were so inspired by their practice, they started practicing alongside them! As the sun started to bring the heat, our student-athletes got a chance to cool off with a tour of the players’ home away from home and toured the building that houses Philadelphia Union’s training, nutrition, and relaxation facilities used by the professional soccer players.

On the ride home, many athletes shared Lincoln striker, Brandon’s sentiment about how honored he was to be contracted by the Philadelphia Union and how excited he was to play in the Unified Exhibition in August. Kelvin, another Lincoln athlete, even remarked how today was the best day of his life! 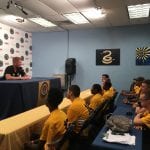 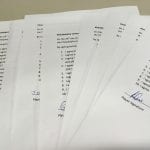 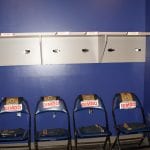 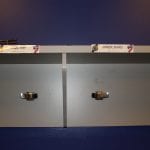 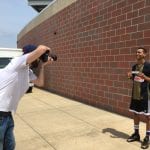 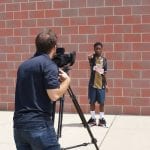 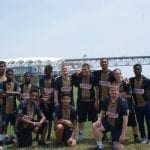 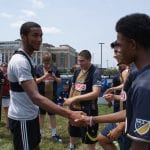 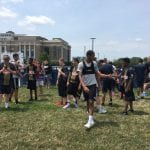 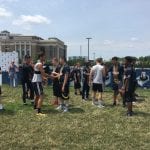 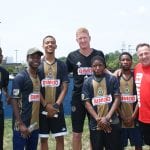 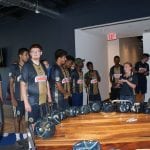 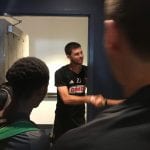