On Tuesday, April 4, 2017, SOPA Philly hosted a Unified Bocce Demonstration at the School District of Philadelphia Head Quarters (440) in the atrium for all to see! The two winning teams from our Philadelphia Unified Bocce Championship championship that did not advance to Hershey – a team from Thomas Edison and another from George Washington, along with a team from Kensington HS joined us at 440 to take part in this fun day.

There was a small program prior to the demonstration where a partner from the George Washington team who played in Hershey addressed the crowd and shared their experience in Hershey, and then two athletes from Edison.

The Edison and George Washington teams played off against one another to demonstrate a skilled game and teammates from Kensington played alongside administrative personnel from within the school building who came down to experience the magic of Unified firsthand. Not only did administrative personnel come down to play, there was a crowd watching the showcase, including from the balconies above.

Photos from the Showcase 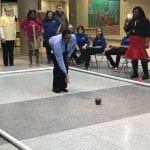 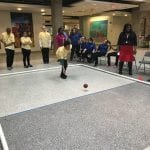 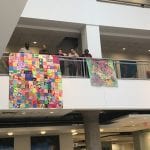 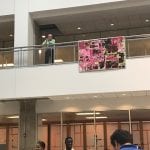 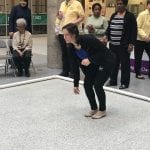 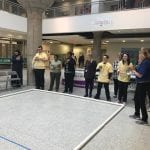 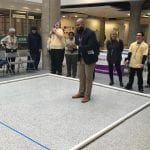 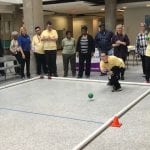 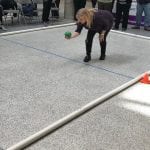 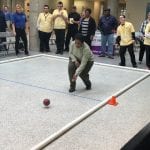 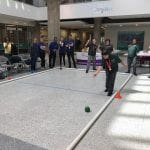 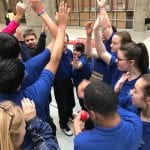