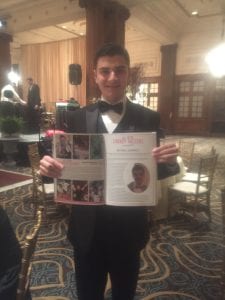 On Friday, November 25th the 137th Annual Philadelphia Charity Ball took place. That evening, the Jimmy Medal awarded to Michael Caporale. The Jimmy Medal identifies and celebrates individuals who make a positive difference in the lives of others. Through their actions, they exemplify the virtues of resiliency, humility, empathy, and loyalty.

Mikey, diagnosed with autism, preferred being alone in his early years, watching and playing video games. His parents and stepparents felt that Mikey needed more engagement with the real world. He needed human connection. Mikey had shown some interest in videoing. Self-taught, he eventually started to capture video. At the age of 13, he discovered video blogs and started his very own YouTube channel and Mikey Cap Productions was born. The video camera got him out of the house and into the community, making friends both online and off. His YouTube channel and social media presence got a big boost from fellow local YouTubers with an international following exposing Mikey to others like him around the world. He made it his mission to show them that they are never alone, that they always have a friend in Mikey Cap. He is making a positive difference already in those he has reached, and encourages them to do the same, with the promise of a “shout-out” or repost as a reward.

Now in high school, Mikey followed in his big brother’s footsteps, by joining Special Olympics. He participates in bowling, athletics, volleyball, basketball, and soccer! Special Olympics is not only an outlet for much needed physical activity, it’s an opportunity every day for Mikey to build strong, lasting friendships with kids his own age, and to learn more about himself. He loves to record all his practices, capturing his feelings, egging on his coaches, cheering on his teammates. Special Olympics helped to round out the potential that everyone who knew him could already see: his compassion, his competitive nature, his strong spirit. And he plans to continue to participate in Special Olympics, to video for Mikey Cap Productions, and to spread the word that anyone can make a difference, if they try.

Philadelphia Charity Ball attendees and our athletes entered the Crystal ea Room under the sword arch of the First Troop Philadelphia City Cavalry, At the ball, Mikey was joined by his supportive family and fellow South Philadelphia teammates, Victoria Amaradio and Bianca Pedulla as he accepted the award. Mikey, Victoria, and Bianca indulged in a wonderful meal and, in true Special Olympics form, when it was time to hit the dance floor, Mikey grabbed his teammates and escorted them to the dance floor and showed the crowds their moves. 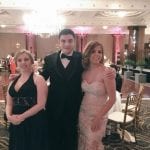 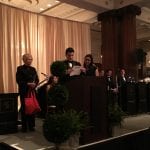 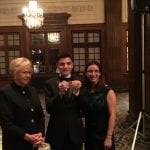 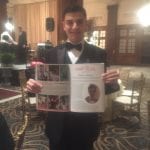 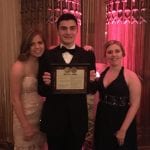 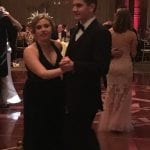 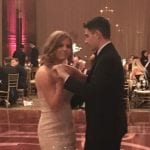 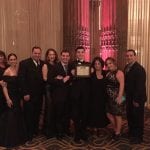