After Tyrik Walter declared the Championship open, athletes who were playing in round 1 rushed to their courts for the first 20 minute game. Following Round 1 were two more rounds of intense competition with teams trying to seal their spot in the semi-finals. After the third round, there was a pause in play while scores were added up to determine which teams would move on to the semi-finals. However, the pause in games did not cause our athletes and partners to sit still. The DJ cranked up the tunes and a dance party took over Thomas Edison’s gymnasium. Although the Special Olympics Pennsylvania – Philadelphia staff was sad to break up the dance party, they had the important task of announcing the 8 teams to move on to the semi-finals (in alphabetical order):  Lincoln 2, School of the Future 1, School of the Future 2, School of the Future 4, Thomas Edison 1, Thomas Edison 2, Washington 1, and Washington 2.

While some schools did not advance, they were able to take advantage of some amazing sponsors of the event. On the sidelines were ShopRite giving out healthy snacks and water, Thomas Edison students educating their peers on how much sugar is in various drinks and providing naturally flavored water options available in strawberry, cucumber, lemon and lime, and Eat. Right. Now., a Philadelphia School District initiative providing nutrition education for a healthier future.

At the end of the day, all of our athletes lived true to our oath, “Let me win, but if I cannot win, let me be brave in the attempt“. Each athlete and partner put their skills to the test and gave it their all and so we congratulate everyone on games well played. We also want to thank all of the volunteers who contributed their time and for making this a memorable event for all – and the coaches who continuously give our athletes and partners guidance – both on and off the bocce court. 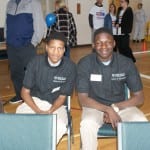 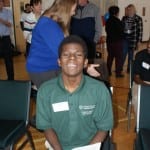 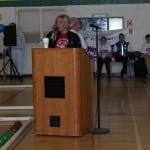 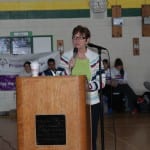 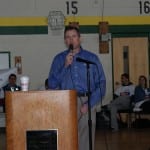 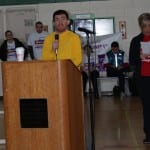 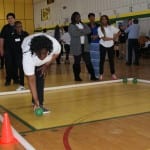 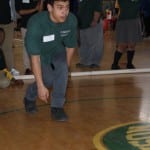 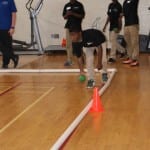 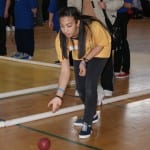 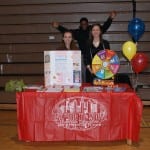 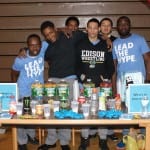 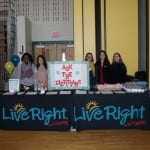